I learned this Latin phrase from my attorney daughter. It's one of the most powerful statements in the law: "the thing speaks for itself." No elaborations or argument needed. Boom—there it is.

This came to mind when on October 28, we released the final set of results from the 2019 reading and math assessments. These were only at the national level (no state level data). The results were devastating—even more so because they mirrored the findings from 4th and 8th grade reading and math, released earlier this year.

Below is a table that shows an unremittingly dismal story. In these data, we see a story of stagnation in the average math score and a small handful of improvements—but only at the top of the distribution. Otherwise we see scores falling at the bottom of the distribution (the 10th percentile in every assessment and declines at the 25th percentile in five of the six cells). Note too that the percentage of students scoring below NAEP Basic increased in five of the six assessments. In short, America's lowest-performing students are sinking! 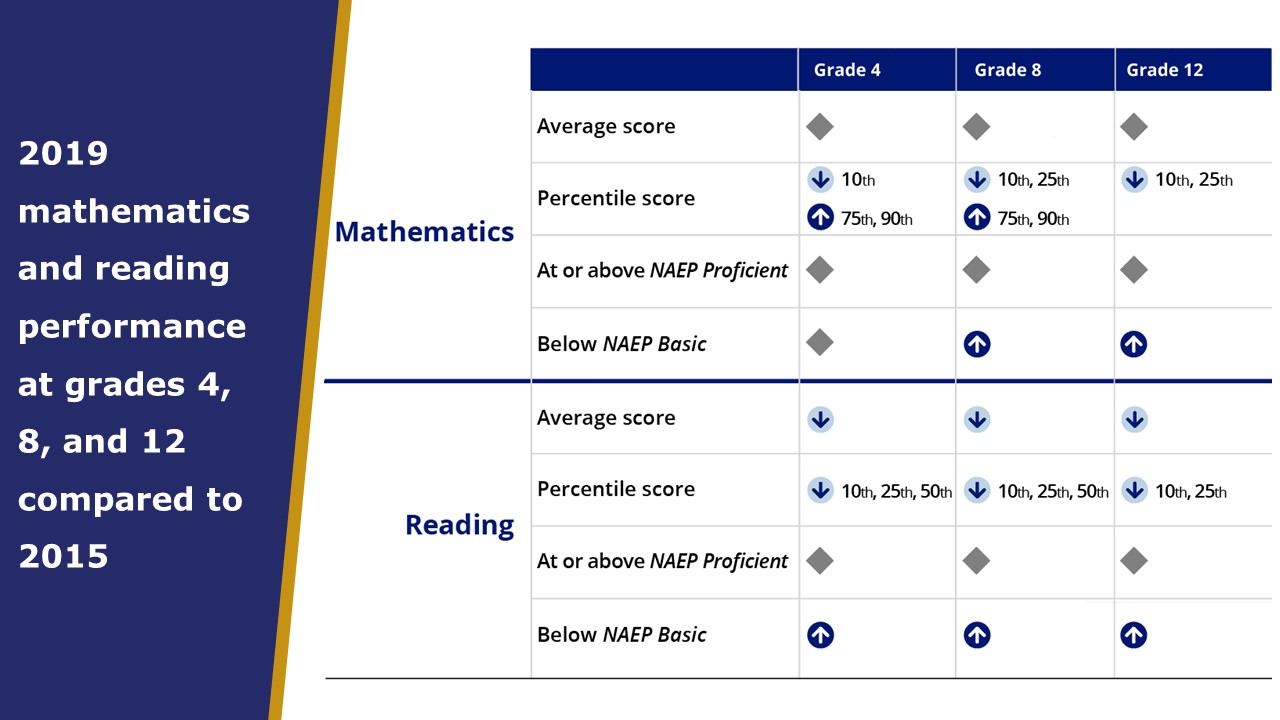 Since the passage of NCLB (the No Child Left Behind Act), NAEP and, more generally, the nation has been focused on proficiency. But that is not the story we should be attending to. Rather it is the percentage of students who don't even meet NAEP's Basic level.

Here's another cut at the 12th grade data that was just released. Forty percent of our students are below NAEP Basic in math and 30% are below NAEP Basic in reading. These tests were given in spring 2019 (before COVID wreaked even more havoc on student learning levels). Remember that these were 12th-grade students. Since our high school graduation rates have been on a long upward trajectory, most of these below NAEP Basic students were no doubt awarded high school diplomas—even if they could not read or write at the basic level. 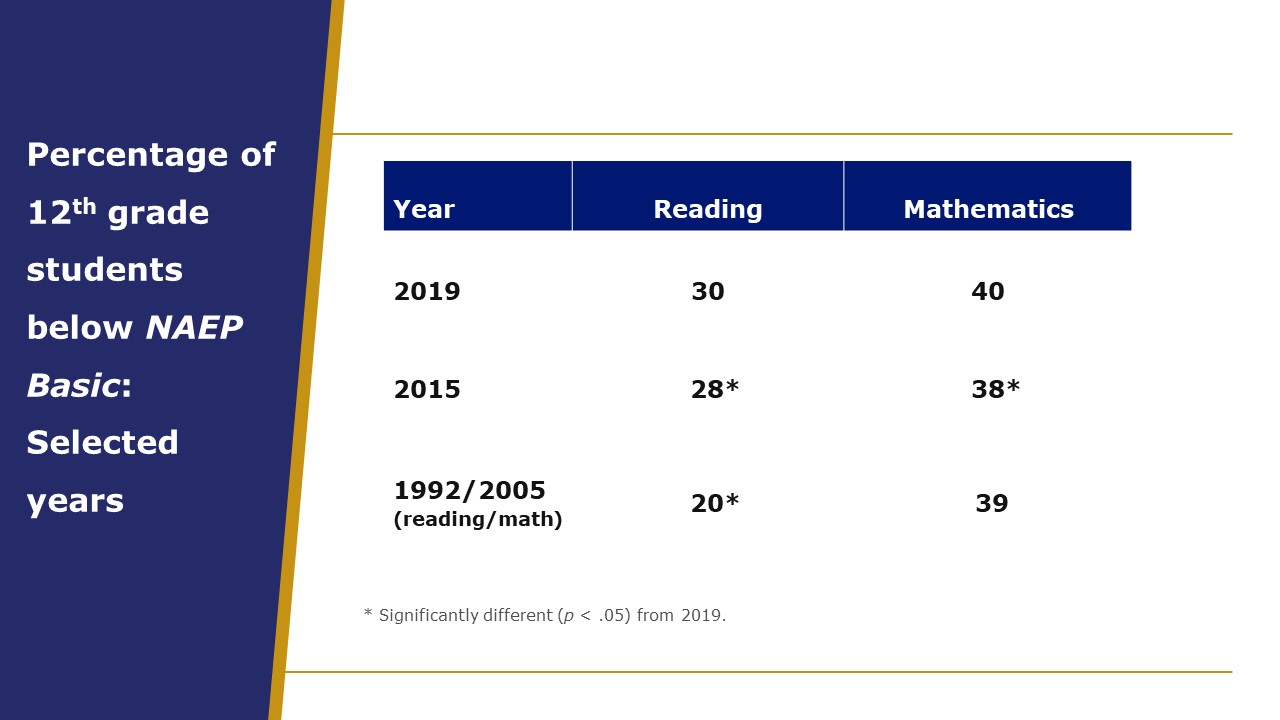 Res ipsa loquitur: we are failing our students.