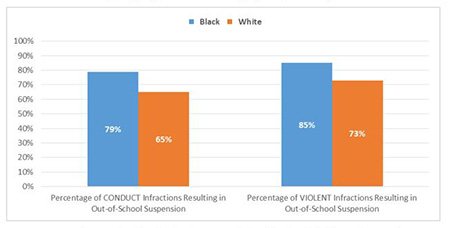 Equitable access to education is the first step in ensuring that all students can succeed, but school discipline practices sometimes exacerbate academic disparities. Across the country, Black students and students with disabilities experience exclusionary discipline—that is, they are suspended and expelled from school—at higher rates than other students.

As the first state to join the new REL Mid-Atlantic addressing disproportionality in discipline alliance, Maryland is working with REL Mid-Atlantic to better understand the extent to which discipline disparities exist in its schools and districts, identify schools with disproportionalities in exclusionary discipline, and provide additional support to districts in which disparities are particularly acute. Our new report on school discipline in Maryland found that the state is not exempt from the nationwide problem of disproportionately high disciplinary removals for disadvantaged student groups. Even though disciplinary removal rates declined for all student subgroups in Maryland over the past decade, we found the following disparities: 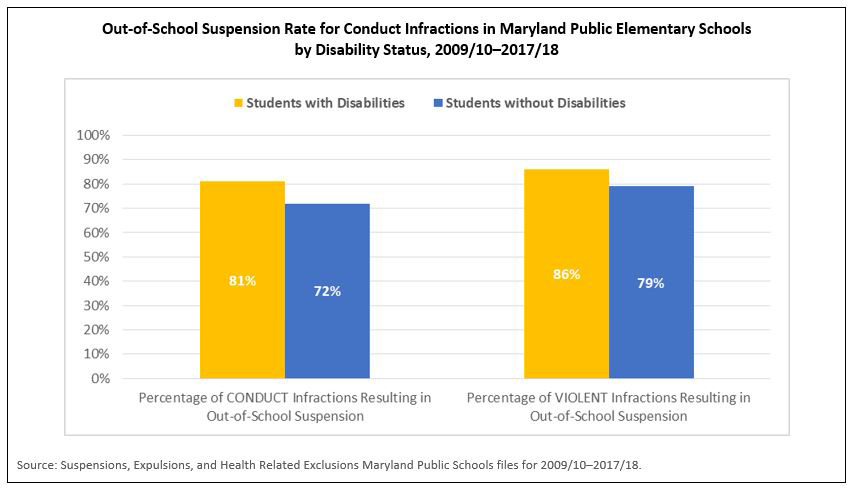 When we investigated disciplinary outcomes in response to violent infractions, we found that disparities between Black and White students persisted. For example, even when they caused serious injury, no White students were expelled for that reason from 2009 to 2018. In contrast, 8.5 percent of incidents involving serious injuries caused by Black students resulted in expulsion. 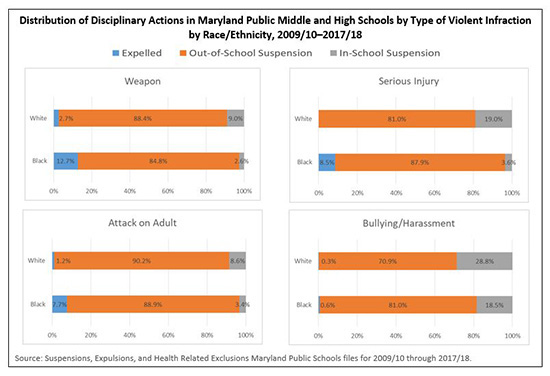 In partnership with Maryland State Department of Education (MSDE), we are building an evidence-based approach to address discipline disparities such as these. As a first step, REL Mid-Atlantic worked with MSDE to identify schools with significant discipline disparities. Now, MSDE uses these data and our report findings to inform its technical support to the local education agencies (LEAs) in which these schools operate. MSDE’s efforts to reduce and ultimately eliminate disproportionately high disciplinary removals include the following:

Is your agency or organization interested in joining the alliance? The alliance supports state and local efforts in the mid-Atlantic region to eliminate disparities by doing the following: