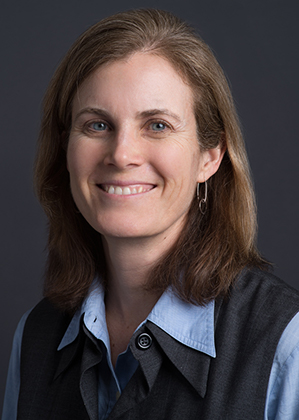 The webinar was held following recent severe weather events across the country—including hurricanes Harvey, Irma, and Maria and destructive wildfires in northern and southern California—that have disrupted the education of hundreds of thousands of students. Education leaders in Puerto Rico, the U.S. Virgin Islands, Florida, Texas, New York, and other states and jurisdictions had expressed an urgent need for technical support for managing data as students migrate in and out of schools in response to these natural disasters.

"Not only did our stakeholders in Puerto Rico and the Virgin Islands reach out to us for help, but so did state and district leaders in Connecticut, New York, and Massachusetts, who found themselves suddenly receiving an unexpected influx of students who had left the islands," explains REL Northeast & Islands Deputy Director Julie Riordan.

The webinar began with an overview of the Forum's Crisis Data Management guide, published in 2010 to document lessons learned in the aftermath of hurricanes Rita and Katrina in 2005. Linda Rocks of Bossier Parish Schools in Louisiana, and chair of the Forum Task Force that produced the guide, reviewed the guide's concrete recommendations for collecting and managing data about displaced students before, during, and after a crisis. She described the challenges her district faced when it gained more than 1,000 new students within a few weeks of hurricanes Rita and Katrina, and she emphasized the importance of developing effective electronic student data systems, standards, and polices before a disaster occurs. "The time to plan for these things is now," she said.

Next, PTAC Director Baron Rodriguez discussed the Health and Safety Emergencies Exemption within the Federal Educational Rights and Privacy Act (FERPA). This exemption allows schools to share personally identifiable student data with appropriate parties, without parental consent, if it is necessary to protect the health or safety of the student or others. During a natural disaster, Rodriguez said, this exemption can be invoked, but schools must make determinations on a case-by-case basis, must limit the exemption to a defined period of time, and must record in students' personal files all the ways their data were shared.

Following Rodriguez's presentation, representatives from three SEAs currently impacted by recent hurricane damage and displacement shared their stories. Linda Roska, the TEA director of research and analysis, recalled that she turned to the Forum Guide after Hurricane Harvey to help her team focus on what information was most important to collect as students were arriving at new schools. Terri Hanson, director of business management in the Office of Information Technology Services, said one big challenge was training district staff on the importance of correctly classifying students as "homeless" under the McKinney-Vento Homeless Assistance Act.

Euclides Valentin, director of data quality and management at PRDE, reported that three months after Hurricane Maria hit Puerto Rico, 60 percent of the island was still without reliable energy, and more than 6% of the students enrolled in August, or about 25,000 students, had moved away. He said most of Puerto Rico's student data is stored electronically, so had not been lost or damaged, but the limited electrical power and Internet access on the island means that accessing and gathering new data has been difficult. He also said the department had been working to set up a Web-based Student Record Exchange Platform to enable parents who have relocated to the mainland to request their children's transcripts and special education documents without having to contact particular schools, many of which are damaged.

In the U.S. Virgin Islands, student enrollment has dropped from 13,000 to 11,000 since the hurricanes, said James Richardson, director of the Office of Planning, Research, and Evaluation at VIDE. As with Puerto Rico, the department's data system is electronic, so no records were lost due to hurricane damage, but ongoing electrical and internet-access problems mean that collecting and recording new data and generating student-data reports have been delayed. Another challenge has been identifying which students can accurately be counted as "displaced" and which may have moved away. Richardson also said that getting enrollment information from mainland states about displaced Virgin Island students has been inconsistent.

"I think participants appreciated hearing the experiences of the educators on the ground in Texas, Puerto Rico, and the U.S. Virgin Islands who are dealing with daily student data challenges caused by the hurricanes. It was good to learn that state-level electronic data systems had protected existing student data from being lost, but the flipside is the data cannot be accessed if the power is out," Riordan said. "At REL Northeast & Islands, we look forward to continuing to partner with our stakeholders in the islands and our mainland states, as well as with federally funded technical assistance programs, to address data-management and other data-related challenges resulting from last year's hurricanes."