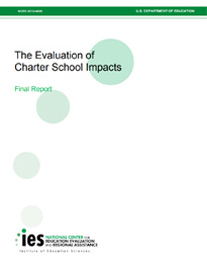 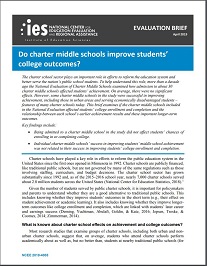 The Public Charter Schools Program (Title V, Part B, Subpart 1 of the Elementary and Secondary Education Act, as reauthorized by the No Child Left Behind Act) supported the planning, development, and initial implementation of charter schools in states and communities across the U.S., with funding of $216 million in Fiscal Year 2009. A key component of both the federal program and the charters that schools signed with authorizers in their states was a promise to reach milestones for students' academic achievement.

There remains ongoing debate about the extent to which charter schools improve students' academic achievement, with much of the evidence based on descriptive or quasi-experimental studies that cannot fully separate the effects of charter enrollment from the characteristics of students who choose to attend those schools. Policy interest has shifted from a sole focus on "are they effective" to the policy levers (e.g., the level of autonomy, types of authorizers) and school characteristics that might make them more effective. This evaluation focuses on these issues using rigorous random assignment methods to provide credible estimates of impact.

About 40 charter middle schools in 15 states that had more applicants than space available participated. Among applicants to each charter school, about 30 students in the entry grade were randomly assigned through lotteries to be admitted to the school (treatment group) or to attend another school of their own choosing (the control group). Schools and students were recruited in early 2005 and in early 2006. Two years of data were collected for students on both groups, including student records, annual test scores, and surveys of students, principals, and parents.

A report, titled The Evaluation of Charter School Impacts: Final Report, along with a study snapshot of findings, was released in June 2010.