REL Southwest, the New Mexico Public Education Department, and other education partners work together through our Southwest English Learners Research Partnership to support English learner students across the state. This post highlights the key findings from the partnership’s recent study, Effects of Reclassifying English Learner Students on Student Achievement in New Mexico.

For English learner students, demonstrating fluent English proficiency is an important academic milestone, indicating that students are ready to engage in academic learning in English without specialized language learning supports. The process of reclassifying students as fluent English proficient is a balancing act, however. When reclassified too soon, students may be asked to learn material that is not accessible to them without English language development supports.1, When reclassified too late, students may end up receiving services they no longer need.2

What did the study examine?

The New Mexico Public Education Department and other members of the Southwest English Learners Research Partnership wanted to understand whether the ACCESS score threshold for reclassification appropriately identifies New Mexico students who have attained English proficiency. For this reason, REL Southwest conducted a study to examine the effects of English learner student reclassification on academic achievement for New Mexico students in grades 3–8. The study looked at students’ next-year English language arts and math achievement in 2014/15–2016/17 (before the ACCESS standards setting) and 2017/18–2018/19 (after the ACCESS standards setting). In addition, the study examined whether the effects of reclassification varied by student group (grade band, race/ethnicity, and gender). The study findings can inform decisions about potential revisions to New Mexico’s English learner reclassification policy, which could affect the education experiences of such students across the state.

What did the study find?

State education leaders in New Mexico can use these findings to support maintaining the current statewide reclassification threshold. In addition, district leaders can consider opportunities to strengthen supports for English learner students leading up to and following reclassification.

The findings also indicate a potential need for further research. For example, the study used administrative records from the state’s data reporting system. These records do not provide information about the instructional education experiences and school climate of English learner students leading up to or in the year after reclassification. This information would help inform how educators might adjust their practices to better support students. In addition, further research could help New Mexico education leaders identify ways to strengthen the state’s capacity to meet the needs of English learner students and could inform the professional development and other resources the state provides to districts and educator preparation programs.

Mayra Valtierrez, director of the Language and Culture Division at the New Mexico Public Education Department, noted the division strives to provide accountability with support in service of New Mexico’s students. "We will consider the content of the report," Valtierrez said, "and move forward to support districts in strengthening instruction provided to English Learner students, including a focus on language acquisition and culturally and linguistically responsive learning environments." 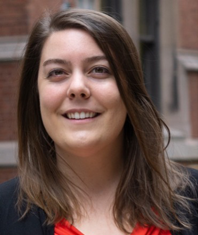