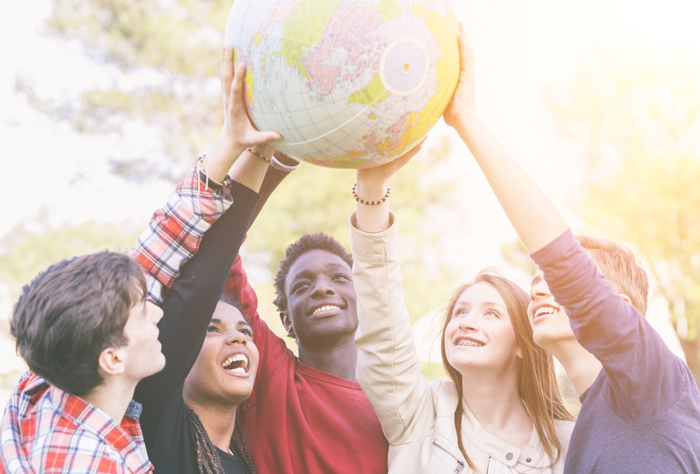 Brenda Arellano coordinates the work of our Southwest English Learners Research Partnership with the New Mexico Public Education Department (NMPED) and other partners. She was a co-principal investigator for the REL Southwest study discussed here. Dr. Arellano is a senior researcher at the American Institutes for Research (AIR).

The Biliteracy Seal is an award given by a school, district, or state to students who have studied and reached a level of proficiency in one or more languages other than English by high school graduation. The seal provides a way to encourage students to pursue a rigorous academic plan and demonstrate their skills to future employers and college admissions officers. Currently, 48 states and the District of Columbia offer biliteracy seals, and approximately 91,000 seals were earned nationwide in 2018.

The New Mexico Public Education Department (NMPED) adopted a State Seal of Bilingualism-Biliteracy ("state seal") program in 2014 and began awarding seals in 2015/16. Since 2015/16, more than 3,300 New Mexico high school graduates have earned biliteracy seals. REL Southwest conducted a recent study in partnership with an urban district in New Mexico that uses a unique approach to awarding seals, granting both state seals and district seals. Prior to this study, biliteracy seal research focused mainly on qualitative studies examining student and administrator perceptions about the benefits of seals, but more rigorous studies have been lacking. This REL Southwest study offers a quantitative examination of biliteracy seals and the benefits of seals linked to student outcomes.

BILITERACY SEAL REQUIREMENTS IN AN URBAN DISTRICT IN 2019/20

State Seal of Bilingualism-Biliteracy ("state seal"). The urban district in this study grants the state seal through two of four pathways approved by NMPED. Both pathways require four units of credit in the same language. One pathway also requires an assessment in a non-English language, and the other pathway requires an alternative process portfolio in a non-English language.

Spanish Bilingual Seal ("district seal"). Students must attend a dual language high school, meet a grade point average requirement of 2.0 in English and Spanish courses, take the required number of credits in these courses, and complete an alternative process portfolio in Spanish. Students who earn the district seal automatically meet the requirements for the state seal.

Spanish Bilingual Seal of Distinction ("district seal of distinction"). The requirements of this biliteracy seal are like those of the district seal except that the grade point average requirement is a 3.5 in English and Spanish courses.

To make decisions about whether and how to expand the biliteracy seal program, this district's leaders and NMPED wanted to know the characteristics and college readiness of students who earn different types of biliteracy seals and whether earning a seal resulted in improved college outcomes. In addition, they wanted to know how many students met some requirements for a seal but did not earn one.

The district in this study serves a diverse student population and provides several options for students interested in earning biliteracy seals. In addition to the state seal, students who attend dual language schools in the district can earn a Spanish Bilingual Seal ("district seal") or a Spanish Bilingual Seal of Distinction ("district seal of distinction"). As of 2019/20, students attending any high school in the district can also earn a Global Seal of Biliteracy ("global seal") (see box for more information). The study used data from three cohorts of grade 12 students in 2017/18-2019/20 in the district. 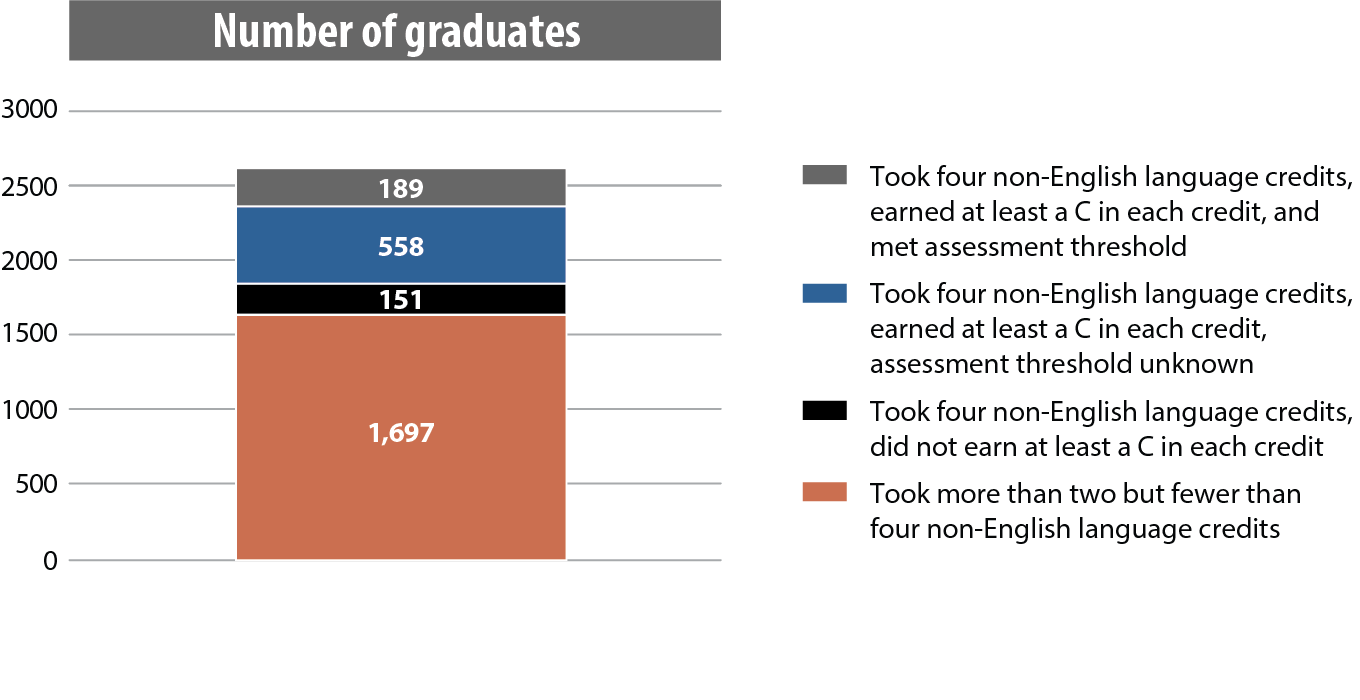 Note: The study was only able to obtain scores for two eligible assessments—the non-English language Advanced Placement test and the Standards-based Measurement of Proficiency assessment. Of the 747 students who took four language credits and earned at least a C in each credit, 222 took one of these two eligible assessments.
Source: Authors' analysis of data provided by an urban school district in New Mexico.

Figure 1: There are opportunities for the district to improve how students are awarded seals, since some graduates met the requirements but did not earn the state seal

How can state and district leaders use the study findings?

Study findings suggest that expanding access to the state seal could potentially lead to improvements in college outcomes for more New Mexico students.2 Some approaches the urban district could take to increase the number of seals awarded include more widely publicizing the seal's potential benefits and considering revisions to their policies for earning a state seal. Another approach to consider is developing an automated process for identifying students who are on the path to earning a seal, helping ensure that seals are being awarded to all eligible graduates. An automated process would also reduce the burden on district and school staff in New Mexico—and indeed in other states offering biliteracy seals.

1 Nearly all of these 189 students attended schools that selected the portfolio pathway for earning a state seal, meaning that assessment scores did not count towards this requirement.

2 These analyses used quasi-experimental methods that have the potential to meet What Works Clearinghouse group design standards (version 4.1) with reservations.

For more information on New Mexico's Biliteracy Seals and the work of the Southwest English Learners Research Partnership: 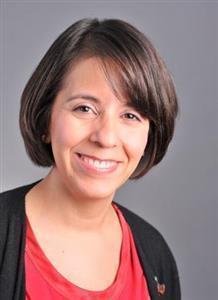